If your teenager needs to get braces, the default option is pretty much regular braces -- the rows of brackets cemented to the teeth and connected by wires. But having braces like this can be restrictive, especially for a teen. Removable retainer-style braces like Invisalign have become more common for teens, though, and these could be a lot easier for the teen to use. Here are three things to consider as you decide which type of braces might be better for your teen.

Are They Always Misplacing Things?

Since the retainer-style braces are removable, that means there's a chance that the teen could lose the braces, or trays, as they're often called. That becomes expensive for you as you have to replace the trays quickly lest your teen's teeth move out of place in the meantime. If your teen is prone to misplacing things, regular braces might be a better option -- there's no way the teen is losing those. If your teen really wants to try the trays, though, try creating a specific place for the trays to be stored when not in use, like on top of the dresser, and post notes both on the inside of your teen's room and of the house by the front and back doors reminding the teen to check that the trays are where they're supposed to be.

Do They Have Special Dietary Requirements?

Wearing the cemented, regular braces can make it tougher to eat. Some foods end up being forbidden, such as nuts or hard candies, and others have to be cut up, like apples. If your teen already has any special dietary requirements, like allergies, the additional restrictions imposed by regular braces could be too onerous and make eating very difficult by eliminating a food that would otherwise provide much of the teen's nutrition. In this case, the Invisalign trays would be a much better choice because the teen could remove them and eat as he or she normally would.

Are There Any Social Issues at School?

Having regular braces no longer means you have to have massive headgear or a mouth full of metal -- clear brackets and better technology have seen to that. But braces can still be aesthetically and socially difficult to deal with. If your child is dealing with social issues already, such as bullying, the trays could be better. You'd have to talk to your orthodontist about how much the teen has to wear the trays during the day, but the trays could still be taken out before class pictures were taken or before prom.

If you have other questions or would like to take your teen in for a consultation, talk to dentists who work with both styles of braces and show your teen what's involved in wearing either style.

For braces, contact an office such as Stone & Johnson Dental Group. 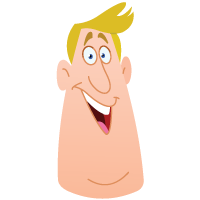 For years, I struggled with a less-than-perfect smile, and I really felt like it was holding me back. I started thinking about how to resolve the problem, and it occurred to me that my dentist might have a tip or two that could help. I talked with him about what I could do to make things right, and he had all kinds of awesome information that helped me throughout the next few months. He taught me how to take better care of my teeth, how dental problems were affecting my life, and how to prevent future problems. This blog is all about understanding and resolving dental issues.

Read in about 3 Minutes